It’s been a while. Life, as it can often do, has got in the way a little bit but now Summer is here with a bang of the thermometer rocketing upwards and I am back in a slightly more frizzy and frazzled state than when I last posted.

Nothing to do with my little one this time, although he is practicing some steller tantrums at the moment. They involve the whole works of throwing his head back whilst kicking his feet and screaming, which is an excellent display of multitasking right there. Although my husband thinks he’s getting more like me every day, especially when I haven’t eaten. It seems the trait of ‘Hangry’ might have been passed on to my mini me.

He is very much keeping us on our toes since he is no longer just a mini master of mayhem, he has also added mini Houdini and mini Pierre Allain to his expanding repertoire. Not only can he climb over things that previously kept him safely contained, and a bit of my sanity in check, he can also escape from his nursery (and its over and out from my sanity). So when we first took his cot side off he thought bed time meant party time. This made it so, so, so, so much fun for me as Lu was away for two weeks. Party time with Mummy meant lots of nights leading him back to his room, holding the door handle so he couldn’t keep escaping and resorting to sleeping on his floor, which meant my alarm clock became a mini human jumping all over me to wake me up. Although, to be honest, I have a chuckle, or maybe more like a little sob, every time I set an alarm clock later than half five now as, well, I have rarely been still asleep to have utilised any alarms later than that. Turns out I created a morning person. The joys.

Since there was snow on the ground a lot has happened. We have shifted from being temporary Expats to travelling the green brick road towards becoming permanent residents and holders of Green Cards. Well I’m hoping its permanent as we have just brought a new house so it would be a real shame if we aren’t staying.

I don’t want to pack, unpack , cellotape, jump on to collapse or carry another box. Ever again. We were lucky enough to hand the boy to a friend so he had a great playdate whilst we were trying, and failing, to steer trolley loads of furniture and the evil boxes down corridors without hitting any walls and managing to fit in the lifts. There may have been some bumps along the way. Maybe, just maybe, I possibly got a trolley wedged in the lift and then got stuck behind it. I’m just glad my real driving is nothing compared to my trolley driving otherwise no roads in Wisconsin would be safe!  My height also proved an issue with trying to close the back of the UHaul too, I had to be careful not to end up swinging back up with the door. Although I am sure it would have made some amusing footage for the security cameras with me dangling from the back of the van with no one to get me down.

We thought we had said goodbye to the flat and were done with that chapter. Turns out no so much. I tried to open the door of the new house and was puzzled as to why the key didn’t work. No matter what combination I tried it just wasn’t opening. I thought it must just be me and that it would be no problem, Lu’s keys would work. How strange, we thought, as his appeared not to work either. Then the penny dropped with a collective ‘Oh Fffss’. These weren’t our new house keys, our new shiny house keys were back at the apartment waiting to be collected by our old property manager. It was late Friday afternoon, the keys at our old flat were the only keys anyone had to the new house. Why it didn’t cross our minds to double check which keys they were I don’t know. I thought the two keys that were similar colour were for the old flat. Whilst the shiniest one was for the new house. Foolproof logic no? Turns out folks, if you want to actually be able to get into your new house this is not the way to guess which keys out of a bunch are the right ones. 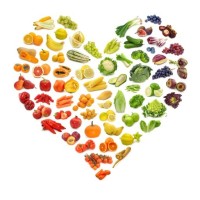 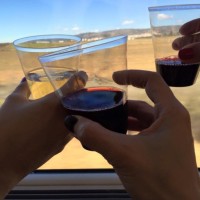 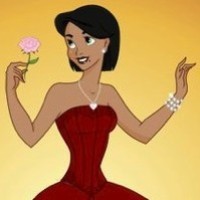